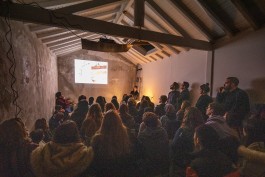 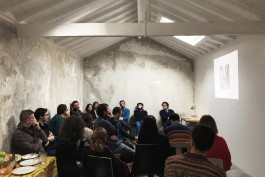 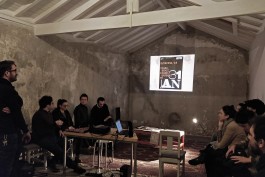 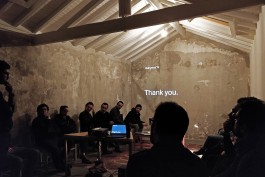 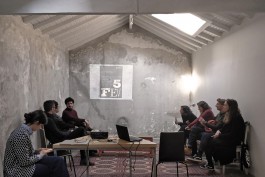 Between the 20th of January and the 7th of February 2019, INSTITUTO hosts a mini-festival on architecture, urban culture and spatial practices. Quinzena celebrates the anniversary of the original project of the building by architect Júlio de Brito for the Instituto Pasteur, as it was called back then. The project was presented at Porto City Council on the 20th January 1955 and approved about two weeks later, on the 7th February. The record time approval of the project where Instituto was set up, is now celebrated annually, with a meeting of new voices in the architecture scene, as well as design and fine arts, among other disciplines.

20.01.2019 · 18h
The Quinzena’19 kicks off with a talk with four architecture publications: Dédalo, Estudo Prévio, Morfema and Revista NU. It is a chance to get to know these editorial projects based in Porto, Lisbon and Coimbra

22.01.2019 · 13h
During the Quinzena’19, we open our usual Tuesday lunches to external guests. We hosted three architecture studios we admire: Anarchlab, BAAU and José Lobo Almeida

29.01.2019 · 18h
We open our usual Tuesday lunches to external guests. We host three architecture collectives: Oitoo, RAS.A and TIL.

05.02.2019 · 13h
We welcome Architectural Affairs,Diogo Aguiar Studio e Sara Orsi for another lunchtime talk as part of Quinzena’19, to discuss the scope of their practices and present strategies for the future

07.02.2019 · 18h
We closed the intense 2-week programme with the most well-attended event of the series, in which we hosted 6 emerging architecture practices from Portugal (Lisboa and Porto) and Switzerland: COCI studio, Isabel Vincke, PLF A / Dulcineia Santos Studio, portokyoto,  RAR.Studio, and Studio Gameiro.