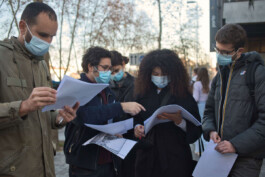 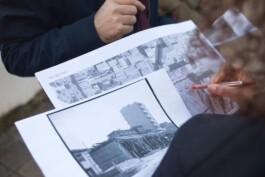 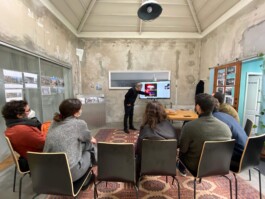 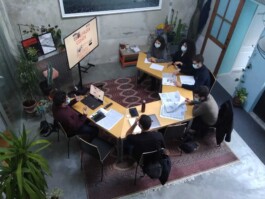 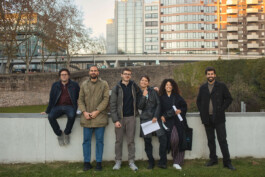 (Un)Making the City: Reduction as a Spatial Practice

“(Un)Making the City: Reduction as a Spatial Practice" is a workshop based on a principle that is rare in contemporary architecture and urban planning: reduction as a form of spatial intervention. Diverging from the predominant focus on addition or growth, which are inseparable from the twentieth-century urban model, this educational project mobilises practices that explore how different ways of making the city can be more socially and environmentally just. The case study used in the project is the Gonçalo Cristóvão viaduct in Porto. Symbolising a style of urban planning based around vehicles, it is an outdated infrastructure that causes traffic chaos and undermines the surrounding public space. Drawing on a crucial moment in the viaduct’s history—its collapse while it was being built in 1961—, the project explores the potential of porosity, demolition and functional inversion.

The workshop began with a debate on the topic of ‘reduction as a form of spatial intervention’ and the case study of the Gonçalo Cristóvão viaduct. It continued with visits to the site to reflect and gather material. In the practical sessions, images were produced using different techniques such as photogrammetry, photographic composition, manual collage and 3D production in order to explore possible interventions.

International experts n’UNDO and Ibyie Camp gave talks allowing practical and conceptual tools to be created to reflect on forms of architectural subtraction, reduction and reconstruction, as well as on the use and effects of technology in interventions in the public space and landscape. Once the proposals had been produced with guidance from Paulo Moreira and Tiago Patatas, a critical session was held where participants presented scale models, images and videos and received comments and advice from the guest critics: graphic designer and researcher Joana Pestana, architect and professor Pedro Bandeira and researcher Tiago Ascensão.

Realistic and speculative proposals and scenarios for intervention were subsequently developed by the team at Paulo Moreira architectures and presented at the exhibition DESVIADUTO – Imagining the twenty-first-century city at Galeria Nuno Centeno, alongside works from guest authors.