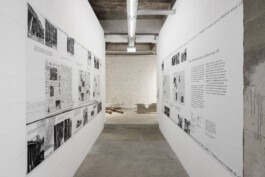 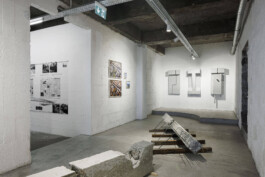 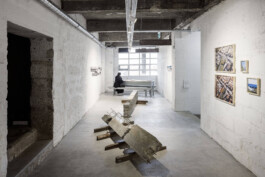 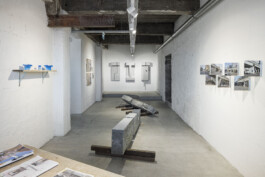 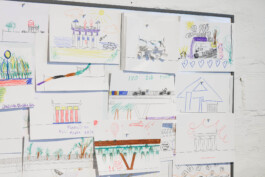 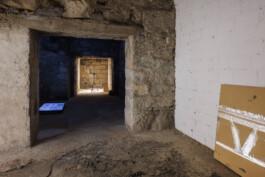 Late in the evening on 16 October 1961, six girders on the Gonçalo Cristóvão viaduct in central Porto came crashing to the ground. The accident did not cause any casualties as nobody was on the site where the works were taking place when it happened. It was widely reported in the local and national media at the time, but the event has largely been forgotten over the years.

This exhibition brings the episode back into the spotlight, considering the disaster sixty years ago as an omen. These days, the viaduct is an outdated infrastructure that is symbolic of an urban model focused entirely on the mobility of vehicles, with no place for pedestrians (lack of pavements) or natural life (reduced to a few drooping flower boxes). The exhibition presents new ways of looking at the city—and the human habitat—that move beyond the twentieth-century obsession with automobile infrastructure.

DESVIADUTO challenges the current function and configuration of the Gonçalo Cristóvão viaduct. It explores different options for intervention, including both speculative and realistic scenarios: complete or partial demolition; functional inversion; formal (and sculptural) upgrading, and creation of green or pedestrian spaces. The proposals are not presented as complete designs, but as experimental exercises offering the city more appropriate solutions from a social and environmental perspective. The aim of the exhibition is to provoke debate on the new role that the viaduct could play in the city of Porto in the twenty-first century.

The exhibition presents work from the workshop ‘(Un)Making the City: Reduction as a Spatial Practice’, tutored by Paulo Moreira and Tiago Patatas and featuring talks by n’UNDO and Ibiye Camp, as well as critical sessions with Joana Pestana, Tiago Ascensão and Pedro Bandeira, which was held at INSTITUTO during December 2021 and January 2022.