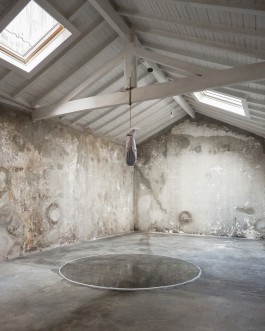 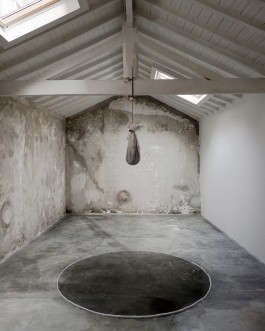 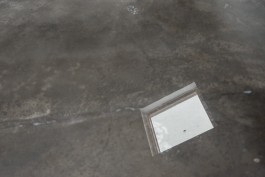 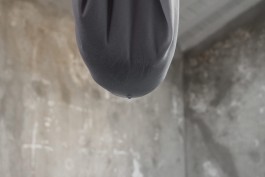 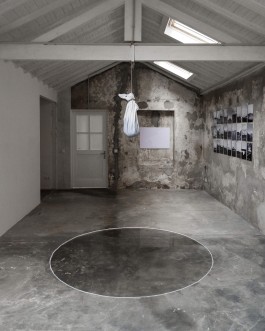 Can a structure compose a system of views? Can the same structure be a reference and visual orientation in the city?

The railroad was a catalyst for the arrival of industry in Barreiro, Dated 1861, the design of the railroad caused significant changes in the socio-economic structure of the city, and what was a modest fishing village became progressively became a modern working-class city.

The Corticeira industry was installed in 1865, following the expansion of the railway line, but was mainly with the installation of Companhia União Fabril in 1907, by the industrialist Alfredo da Silva, that the new urban network was traced.

With the motto “O que o País não tem, a CUF cria / What the country does not have, CUF creates”, the new character of the Barreiro riverside landscape was markedly defined, making the south bank of the Tagus river the largest manufacturing center in the country.

The low and compact buildings were quickly filled by a cropped horizon. The tall chimneys, the angular roofs and bodies whose image and aesthetics are the literal representation of their function, make up the new scenario in the city. The “social work”, with support equipment such as school, health clinic, auditorium, supermarket, appears allocated to the territorial expansion of the factories that operated and progressively multiplied.

Since then, Barreiro's urban planning has been correlated with a self-contained and closed industrial model.

The remains of the industrialization process are skeletons of old faciilities. An industrial archeology in which the contemporary metropolis orbits and tries to absorb, slowly. The relationship that exists between the two quantities, the built and the non-built, or empty spaces is

unbalanced. The countless voids that result from demolitions, urban fragmentation, were not taken over by the subsequent construction during the sixties and seventies. Nowadays, they are oscillating dormitories unconnected with the global text.

Comparing the two quantities, built and void, unoccupied land has a similar role in the perception of the city. They are expectant territories for future consolidation.

Urban Geographies takes an industrial chimney located on vacant land in the heart of the city as an object of study in a series of photographs. It is the center, or axis of a system of views that, on the one hand, guides the geometry of the city, whilst on the other hand it is symbolic representation and the memory of an episode that deeply marked the city. This photographic narrative suggests revisiting the city through a concentric route through the streets, geographically marking the points where the structure can be seen – the  intended is mapping the relationship between the existing, the newly  built and the chimney.

More than a graphic documentation of how the factory is integrated in the city, it is an exercise in recognizing urban geography.

DIALOGUES: EMMA HORNSBY
Emma Hornsby experience the Barreiro industrial park through the exhibition “Partes da Terra/Ground Parts”. In a presentation with video, sculpture and pieces of debris that the artist collected from the industrial park. The exhibition drew a first path that turned out to be a minimal exploration of materials, media and techniques in industrial territory. The research in the historical and iconographic archives of the factories, brought together with the Estação Sul e Sueste, was presented in “Three different solutions: opening the windows for the renewal of air”, a series of two-dimensional drawings with tape, projecting optical illusions on the viewer using anaformism. It kept its focus on recognising the factory, the composition of its physical parts and the memory of its operation.

With “How to find the center of a circle”, Emma Hornsby draws the line between the inside and the outside. The artist explores concepts of movement and balance, dialoguing with the imagined landscape when registering a place - a shell that isolates and protect us from a surrounding territory, such as the recognition of Nature that is now a human habitat, and consequently it is a gesture close to architecture.