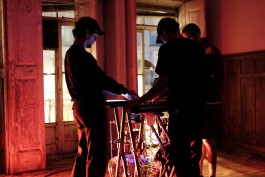 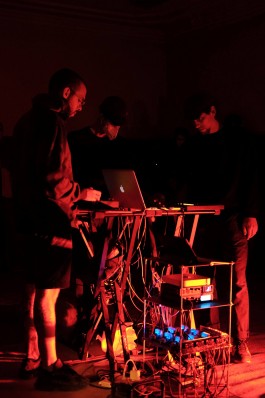 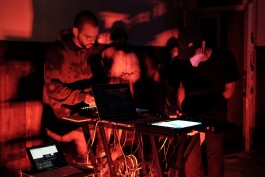 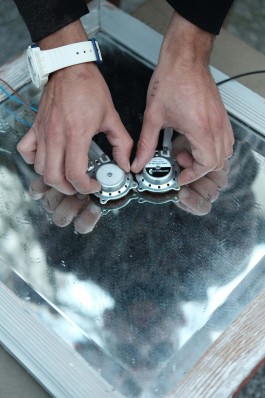 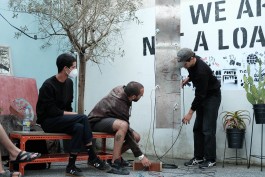 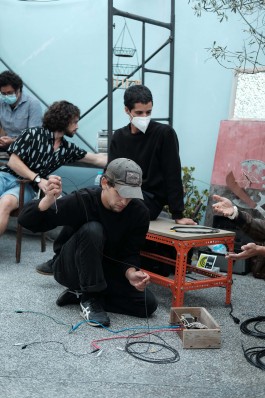 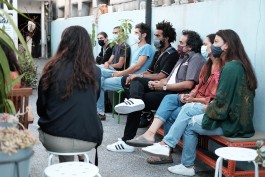 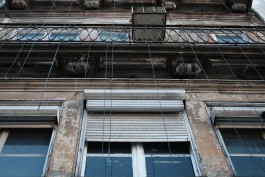 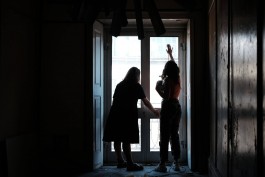 In the framework of the project Só Fachada, the collective Berru was invited to do an art residency at INSTITUTO during two weeks aiming to create an ephemeral intervention on the façade at Rua dos Clérigos 44.

“Peça de som para rua movimentada“ originates from a reflection on the various layers of sound that cover the surrounding space of its implementation site - a street in Porto’s city centre through which traffic of cars and people converge.

The work introduces a new artificial sound layer in the street, a form of action on reality that has as premise to harmonize the noise caused by urban movement.

The soundscape heard by passers is created by a generative algorithm of music composition that interprets sound inputs from the street and generates a new layer of sound injected into the building's facade - the building itself acts as a speaker of sound, a condition that somehow makes it an element of the artistic work. What remains is the idea of an agent whose behaviour makes it move from a computational system to a facade and then to the street and the public ear, an order of events that seem to happen naturally in a work that exists beyond contemplation and acts, relating to the world through sound.

“Só Fachada” is a project developed by INSTITUTO and Underdogs Gallery, involving artistic residencies, workshops and the creation of an ephemeral open air-gallery.