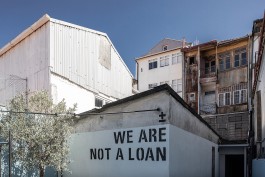 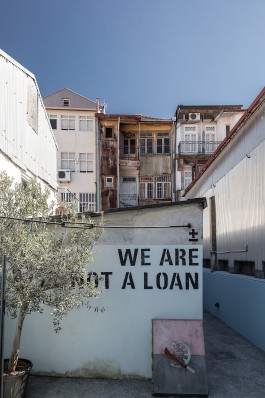 “Some ideas slip away from us immediately, like inhabitants of an unaffordable city rushing to flee its speculation. On the balcony of one of the aorta pushing us towards the heart  of the city centre, once historical, now hysterical, the desire to salute the city and  encounter its irreplaceable, omnipresent destiny rises up within.”

±MAISMENOS± is a project by Miguel Januário, started in 2005 in the framework of an academic research reflecting about the political, social and economic model of today’s society. With the aim of crossing art and politics in a more real way, the project started to manifest itself through small interventions in the public realm, questioning the role of designers in our society. maismenos is, currently, an established artistic project, participating regularly in exhibitions, conferences and national and international festivals.